In my last post I discussed the challenge of finding the right kind of spaces where ambient and non-dancefloor music can be properly appreciated. Related to this topic, I am very excited to be playing again this year at Art Aquarium Nihonbashi. This is exactly kind of the environment I love to play in, and I really wish there were more opportunities like this. Art Aquarium is made up of thousands of Japanese gold fish presented in an environment that combines traditional summer themes with trippy lighting and visuals. It really is a very beautiful and relaxing space, perfect for playing ambient and deeper psychedelic stuff. It was a pleasure playing last year, and again I am preparing something special. I am planning on taking full advantage of being able to DJ in a space like this. Expect lots of beautiful and blissful sounds. This is going to be fun. I am DJing from 20:00 – 21:30, and then my good friend Wata Igarashi – who composes all the music for the installation – will be playing until 23:00.

The ‘return of ambient’ narrative from last year was distinctly overblown, as these things tend to be. Certainly it worked nicely as a hook for discussing some recent releases, but beyond that it was a bit misleading. Ambient never went away, there have been excellent releases coming out every year. What has changed is that it appears the mainstream is paying a bit more attention to it. And the real challenge is not finding good ambient, that is always readily available, rather it is finding spaces where it is possible to listen to it. On mnml ssgs we talked quite a bit about the disappearance of the chill out rooms and we focused a lot on promoting ambient music. And in recent years, with my friends David and Jerome, we have being doing the Sound Garden chill out parties in Tokyo, which have been great and gave an indication of what is possible when the right elements come together. Through organizing these events and DJing stuff that goes beyond straight dancefloor music, I have felt that it is still difficult finding opportunities and spaces to play this type of music out – you really need to have the right environment and a sufficiently open-minded crowd. I’ve had some really positive experiences, but also a lot of frustrating and disappointing ones. Fortunately it does appear more party organizers are thinking about trying to create spaces and opportunities for playing music that is not just for the dancefloor, but is also not necessarily overly dark or abstract. There have been quite a few live recordings of people playing ambient sets or in chill out rooms at bigger events recently, which gives me hope that this might start becoming a bit more common. It is tough – in the middle of the night people often want to dance – but it can also work really well having a space that is not so stressful, more open and gives people a different way to engage with music. Recently at Rural festival, I played a set of ambient and kosmische stuff in the second room. Some people didn’t understand it and left, those who stayed sat on the ground and really listened properly and connected with the music. It was one of the most worthwhile sets I’ve played in ages, and a reminder of what can happen when things fall into place. Certainly it is easy to idealize or romanticize what chill out rooms used to be, but at their best they were a space for people to connect with each other and with other forms of music. They also were a way of providing balance and the right kind of energy to parties. There needs to be a flow of moods and tempos and intensities…

I’ve included below a few recent sets that have been posted which suggest what is possible in the context of a party. This is not always easy or straightforward to do, and it requires organizers and artists think carefully about the best ways to present and share such music. There are plenty of times and places where ambient or downtempo makes no sense, and it’s important to respect that too. Thought and effort is required, but there definitely is potential for expanding and diversifying the kind of music being played at parties and festivals. 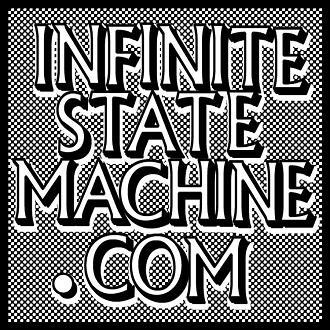 Good news, of sorts. ISM failed in the efforts to kill themselves off, and have decided to restart. ISM is run by knowledgeable, committed people and have always had a distinctive take on house and techno. They can be relied upon for an honest and faithful rendering of their take on music, and I am sure we will all benefit from them assuming a more active presence again. For these reasons, I am certainly happy to see them deciding to keep the blog going. And there is the space, and arguably, the need for ISM to keep going. And this brings me to my more mixed feelings about this news. As ISM noted in announcing one rationale for their return, with the disappearance of the main blogs it ‘left a huge void in music coverage that has only increased in size as we got further away from posting regularly here’. This is most definitely true. It is something I have felt and it is a sentiment that I have heard from many others either online or in person. What disappoints me is that it is left up to ISM to keep fighting the good fight. With SSGS, ISM, LWE and other similar projects winding down, I was really hoping that this would create space for new voices to appear, ones that would be dedicated and engaged, but also brave and critical. And certainly there has been, and continues to be, plenty of excellent writing online, and one can find many specific examples of nuanced positions and proper critique. But it does feel like the space for critically discussing electronic music remains small, and may be shrinking. Instead, we get FACT highfiving Boomkat for its “critical” “reviews”, despite the fact that (a) it does not write reviews but fancy blurbs, because it is a record store selling stuff and (b) related to the previous point, it hypes the shit out of most of the releases that come on out on its own label and those it distributes, while rarely noting it is their own product. There is nothing especially wrong with these practices when considering Boomkat is a record store pushing music they like. I like Boomkat, I give them a lot of my money, probably too much. But we should not be thinking of Boomkat as something else than a record store, and if we are relying on them to call shit out, then online commentary is really getting pretty piss poor. This is just one example of what I see as a more general malaise that electronic music commentary has been suffering from.

My sincere best wishes to the ISM crew on their restart. I still hope they – and the other similar projects that remain dead or dormant – can be a source of inspiration and motivation for another wave of people who see critically engaging with the music they love not as something negative, but as something ultimately constructive, positive and very necessary.

Looking forward to returning to Rural festival next weekend. It’s in a really beautiful location and there are some really interesting acts playing this year. I am especially looking forward to the Helena Hauff –> Wata Igarashi –> Dj Nobu –> Orphx stretch on the Sunday night… I’m DJing on the indoor stage, playing on Saturday night from midnight after Maru and Chiro from FISH. I am expecting a fun weekend of interesting music with lots of friends from the Japan scene and abroad. Should be good!

Back at Air this weekend, this time I will be playing in the lounge. I will be doing something more beat orientated and straight compared to many of my sets. Should be interesting… I am playing 1:00 – 3:00. I’ll be joined in the lounge by some good friends, and the mainfloor will be well taken care of by Sandrien and Nobu. Looks like a fun night… If you would like discount, please email me by lunchtime on Saturday. 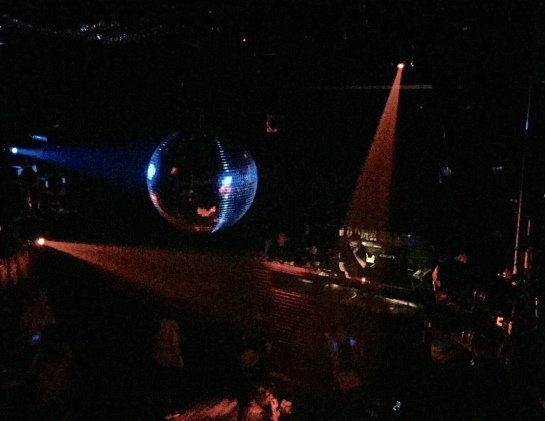 Just a quick note to express my appreciation after our successful party on the 20th. A big thanks to Adam X, Ancient Methods, Wata, the FISH and Diskotopia crews, as well as Yuko, Atsushi and the rest of the Air staff, along with everyone who came down. It was a fun, intense night, with a great selection of interesting and diverse music. I have a huge amount of respect for Adam and Ancient Methods, and it was a genuine pleasure having them play. Adam X delivered an impressive set that really showed the true depth of his musical knowledge and taste, starting out with electro, going through EBM and finishing up with some punishing industrial techno. Ancient Methods followed up with the kind of heavy, wild techno funk he is known for. We were fortunate to hear a lot of music you rarely find in Tokyo clubs. Definitely a worthwhile night.

Thanks again for the support, apologies for the spamming on Twitter, and expect our return later in the year.

Please note that I do not respond to emails about Labyrinth or general Japan travel / club advice.